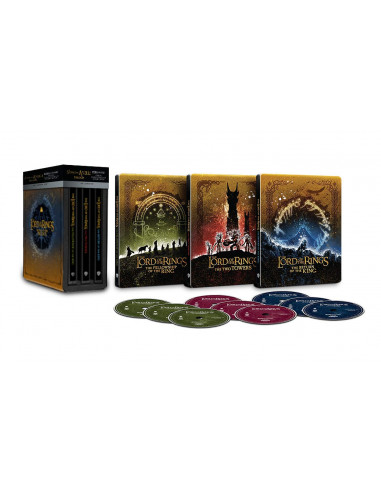 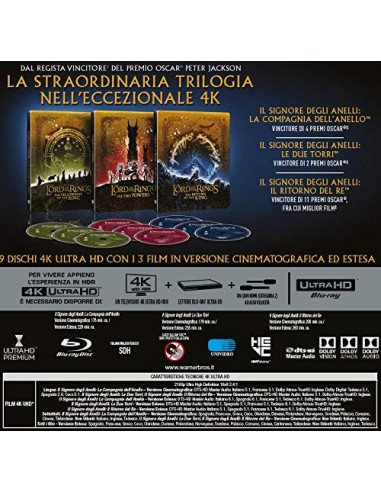 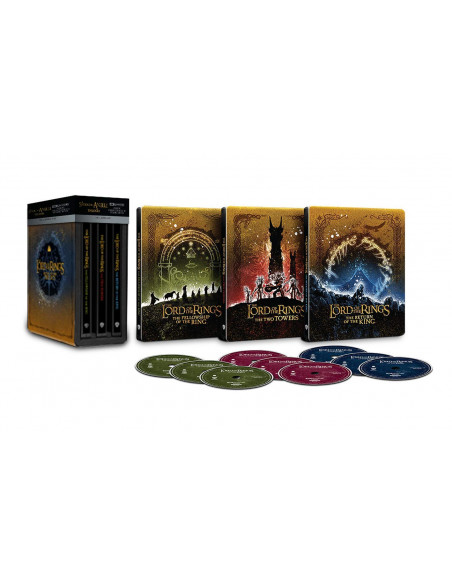 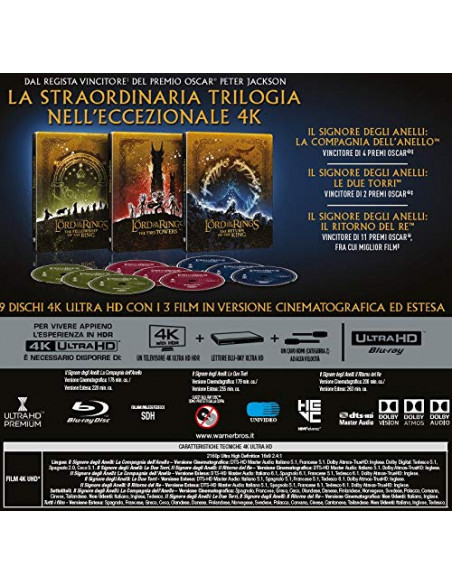 By buying this product you can collect up to 300 points. Your cart will total 300 points that can be converted into a voucher of €1.50.

You can always trust.

Read hundreds of independent customer reviews from around the world on Ebay.

If you change your mind, no problem.

You have up to 30 days to change your mind about the goods received.

The Lord of the Rings: The Companion of the Ring - With the help of a brave company of heroes, Frodo Baggins embarks on a dangerous mission: to bring the mystical Ring to Mount Doom in order to destroy it and destroy its magical powers so that they are not never owned. from the wicked Lord Sauron. The mind-blowing journey begins in the first film in director and co-writer Peter Jackson's epic trilogy, which redefined the fantasy genre. The Lord of the Rings: The Two Towers - Frodo and Sam continue to Mordor. Gollum insists on leading the way. Can you believe someone so corrupted by the ring? Can Frodo, increasingly influenced by the ring, believe in himself? Meanwhile, Aragorn, ever closer to his destiny as the future King, gathers the forces of good for the battle that is now imminent. The Lord of the Rings: The Return of the King - The time has come. For Frodo to overcome Gollum's evil, the terrifying attack of the spider Shilob and the evil lure of a ring that resists destruction. For Aragorn take the sword of the ancestors and the crown of him, of him by birthright. For the mighty battle that the magician Gandalf calls the great battle of our time. And for the inspirational climax of J.R.R. Tolkien.

Be the first to write your review !

Save products on your wishlist to buy them later or share with your friends.

No account? Create one here
Product added to wishlist